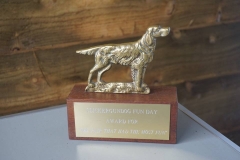 The Vale and West GC had a great day at our Competitive Training Day. Thanks to all judges and stewards and helpers and to Honey’s and Clicker Gundog Centre who donated the lovely prizes.
There were 4 tests each worth 20 points so a total of 80 points available results were as follows

Test One was a double retrieve – a long seen onto short grass with cover crop to the side. Then turn 90 degrees to a short blind through grass and cover and alongside hedgerows. One of the big challenges here was there were poults in the cover crop alongside where the retrieves had been thrown/placed.

Test Two was a long mark and a memory. Competitors were asked to sit their dogs up and then walk them to heel about 20 yards along a hedge row with thistles and weeds either side of a narrow path, drop a dummy and return to the start with dog at heel. Then turn 90 degrees and face out towards a big stubble field where a dummy was thrown in the distance. Send the dog when asked to the marked dummy and then turn and send dog to the memory.
Judge Malcolm Awty said the most common mistake competitors made was walking the dogs to heel with the handlers taking the narrow grass track forcing the dogs to walk in the thistles and weeds which caused them to move away from the handlers side. Everyone received lots of feedback as there were several elements to the test. Distraction was a dead badger!!

Test Three was again a double retrieve. The first was a mark into water, it was a fairly short swim but the dogs had to go through Lily pads to get out into the River. Then a fairly long blind was along the field into a hedge line. A herd of cows decided it was fun to watch and tried their best to be a distraction as the dummy was only a couple of yards in. Also a tempting smell to roll in on the way out to the blind.

Test Four was a single very long retrieve uphill with a stubble field (with game scent!!) either side of a grassy track that led up to the where the dummy was thrown 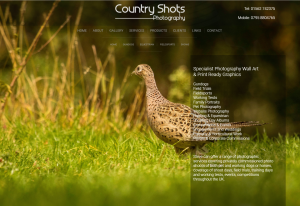