It is with great pride to report the success of this weekend. On the Friday it was a beautiful day in fact the weather was kind to us all weekend. We were on the far side of the railway for the first element on game, in long grass, cover crop & woodland at the Clicker Gundog Training Centre. The Retrievers long mark & blind took place in the grass alongside of the cover so distraction all around, One or two found this difficult. The double mark was from the bottom of a hill up towards the cover crop, it was a great view but when the dummy landed it was deceiving as the ground levelled out making it a challenge for the handlers, the rest of tests including the cold game took place in woodland. The hunting retrievers had their test in the same place with the hunt up taking place in the long grass next to the sunflowers, then the retrieves with game and obstacles in the woodland. The blind with marked distraction was tricky as it was split between cover crop and woodland.

On the Saturday we were in the same area for the HPR pointing tests. This was with pheasant that were hidden in the long grass and each dog took it in turns to hunt up & point, bird was flushed, and steadiness achieved. Well may be one or two ran a short distance before recalled.

On Monday the retrievers were on different ground at the other side of the Ryden farm. The long mark and blind were on ploughed fields making them difficult to see, the double mark was on a different field, but still ploughing with the left dummy being up a hill and the right dummy being on a slight camber making it disappear to the handlers. The rest of the test was on the water ground at the Clicker Gundog Training Centre. The hunting retriever’s tests were also on the ground at the Training centre. With the hunt up taking place in the long grass on the far side of the lake. The water was very exciting for them and well deserved after the hunt up exercise.

There were a lot of highs during the weekend especially for the handlers when they were working as team with their dog resulting in some perfect scores along the way. They can all be very proud of themselves and of their achievements.

Jules Morgan & Otter who achieved both parts of their G5R test, coming away overall with a Merit.

Jennifer Thomas who was handling two dogs Zara & Margot, for both parts of the test and achieved a G5R with both with Merit.

Lindsay Hermann & Hobbs who took the water element of the G5R Test having taken the game element before Covid struck and achieved both parts with Merit.

Lynne Webster & Marley who achieved both parts of their G5HR test with a Merit.

Kelly Moss & Quinn who achieved both parts of Their G5HR test with Merit.

Nicola Lovejoy-Mellonie & Nora for achieving the pointing test for G4HPR. 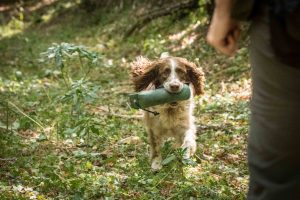 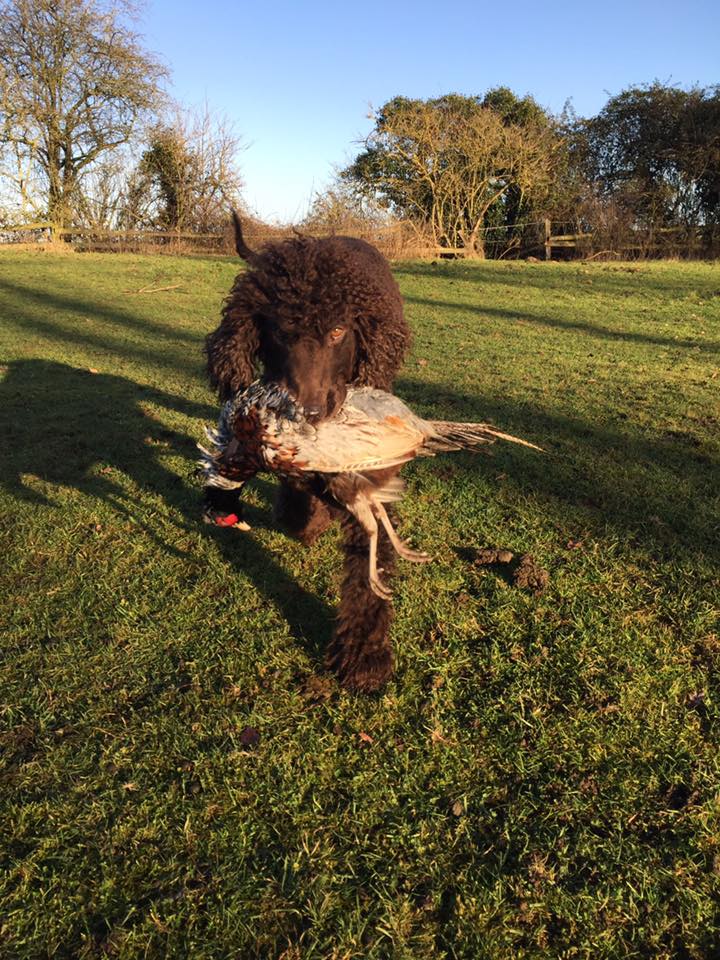 Have a question or message for the committee? Contact us here